Ever have those moments when
You can feel a pit in your stomach?
Excitement and terror.
A cheaters adrenaline.
I coughed for his attention
From inside the stall.
Nothing. Try again.
I’m certain he could’ve-
Wait, I hear footsteps coming,
I assure myself I’ll stop doing this as often.
It’s true, I can’t. I can’t keep traveling here.

The math doesn’t add up in my favor,
Traveling x gas = less profit.
Gas alone
Takes 50% of my profit tonight
While bills
Have already charged an overdraft.
God, I wish I was a Kardashian.
Maybe If I sit down,
So, my feet won’t show
We won’t be seen by others:
Random guys passing guy.
-Creak-

The soft distant voice inside me:
Think of this as
Practicing oral engagement with the community.

He locks the door behind,
A Benjamin Franklin bill
Contrasts the man’s band
Of Commitment pointed toward me.
No wonder men love bills,
Even our founding father
Knew
Cash doesn’t leave a trail.
Even the red-light districts
Didn’t want people knowing
Their biggest customer.

The saying
“Hoes don’t get cold”
Is so not true,
My shorts don’t protect my knees from
The scraping tile burning
Or
Frosty December air.
He is way grabbier than I imagined –
I wonder is this how he grabs his wife?
No, he can’t.
Or why else he would be here, with me.
He’s trapped in a lie

Married to please somebody else, others.
How could he not?
In a society that terrorizes
Adam & Steve.
As men
You can’t show weakness,
Be feminine.
It goes against nature.
“What’s next? They going to marry animals?”

The Midnight train rattles the park,
Startled
He stops like he’s been caught before.
I assure him he’s alright.
His phone starts ringing:
He silences it, but doesn’t push
Ignore.
The light seeps through like the precum on his pants.
Imagine having to live a life
Where you must hide
Your identity.
Gender norms are
Endangering the lives of men,
We are not all born the same.

He finishes.
Wipes himself off
To check his phone.
Probably sent an “I’m on my way”.
Fixing himself to leave,
He stares,
Smiles.
Reassures me he hopes to meet again.
Then hurries off.
He has somewhere to be.
At least I got paid,
Now, Only a few more times.
Don’t, judge me.
A $100 is still $100.
Regardless of who
Or what you play with to get it. 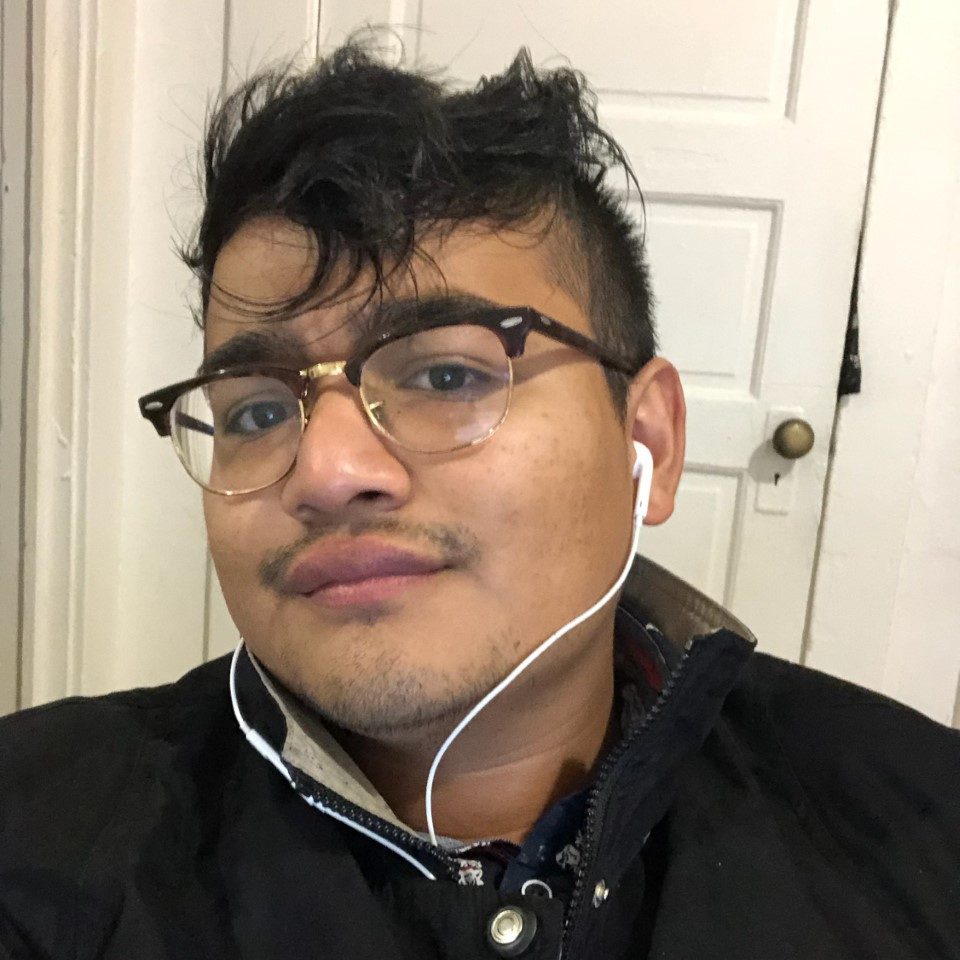 Bryon Hernandez-Mendoza is currently a fourth year in cognitive science and psychology. Byron was born in the large city of Downtown Los Angeles to parents who came from El Salvador and Guatemala. Bryon loves to volunteer with the homeless when not studying and is able to sleep an entire day without an issue and enjoy walking while observing the surrounding landscape (being inside all day can be overwhelming). To be honest, Bryon doesn’t know what accomplishments will come in life, but wants to work with space and figuring out how to travel lights years within seconds. But at the same time, Bryon wants to work with the mentally ill and learn more about what it is to be human. So for now, this writer will say that it is good to do a little bit of everything, as long as it helps those who cannot fend for themselves.